Home > Blog > The Cost of Legal Translation in Litigation

Who Should Pay for Certified Translation Services

We’ve blogged about the use of legal translation and interpreting services in litigation and issues involving which party must pay for certified language translation services in various situations. Taniguchi v. Kan Pacific Saipan, LTD, decided by the United States Supreme Court in 2012, was an important decision because it held that prevailing parties in federal court lawsuits are not entitled to reimbursement for document translation costs. Since the Supreme Court decided Taniguchi, lower courts have relied on it as precedent for determining which expenses involving translators and interpreters are recoverable as taxable costs to prevailing parties and which of these costs must be borne by the prevailing party.

In Taniguchi, a professional baseball player sued Kan Pacific Saipan, the owner of a resort located in the Northern Mariana Islands, after the baseball player’s leg broke through a wooden deck during a tour of the resort property. Throughout the course of litigation, the resort owner paid to have various documents translated from Japanese to English. After the resort owner prevailed on a motion for summary judgment, he submitted a bill for these legal document translation costs. The district court awarded the costs to the resort owner on the grounds that they fell under the “compensation of interpreters” provision under 28 U.S.C. § 1920(6).

On appeal, the Ninth Circuit affirmed the decision of the district court, finding that the word “interpreter” can reasonably encompass a “translator” according to the dictionary and common usage of these terms. The Supreme Court reversed, finding that nothing in the Court Interpreters Act or §1920 even hints that Congress intended to go beyond the ordinary meaning of the word “interpreter” and to embrace the broadest possible meaning that the definition of the word can bear. Instead, the Supreme Court held that both the ordinary and technical meanings of “interpreter,” as well as the statutory context in which the word is found, led to the conclusion that §1920(6) does not apply to translators of written materials. The Supreme Court also discussed Rule 54(d)’s allowance of costs, finding that taxable costs are limited to relatively minor, incidental expenses as is evident from §1920, which lists such items as clerk fees, court reporter fees, expenses for printing and witnesses, expenses for exemplification and copies, docket fees, and compensation of court-appointed experts.

Recently, in Cascades Computer Innovation, LLC v. Samsung Electronics, the district court for the Northern District of Illinois addressed oral interpreter costs, (among other costs related to the litigation), in an order dated February 16, 2016. In its decision, before addressing each of the cost issues, the court noted that the Supreme Court in Taniguchi held that the “scope of taxable costs” is “narrow,” and that such “costs are limited to relatively minor, incidental expenses as is evident from § 1920.”

Importantly, the court held that it was not persuaded that the defendant should have to bear the costs of employing its own Japanese deposition interpreters because it should have simply taken plaintiff’s word that its interpreters were translating deposition testimony correctly. The court also held that there was no reason that the defendant should be required to shoulder any portion of the cancellation fee one interpreter charged when the plaintiff rescheduled a deposition. The court, however, declined to tax the plaintiff for the costs the defendant incurred for translating the deposition testimony of a witness who did not testify at trial

The above cases are useful in considering which party will bear the costs of interpreting and translation services in litigation. As the Supreme Court held in Taniguchi, the scope of taxable costs is “narrow” and the cost of document translation is generally not recoverable. However, as in Cascades, some interpreting costs may be recoverable. Notably, the court in Cascades allowed the defendant to recover the cost of having its own interpreter attend a foreign language deposition, even though the plaintiff had its own interpreter present, a common practice in high stakes litigation.

Up Next: Legal Translation for Investigating Trade Secret Theft 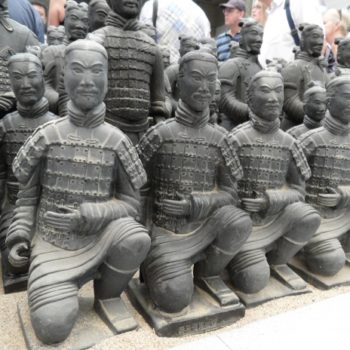 Top 37 Legal Blogs for a Legal Translator to Follow Read It! Individualistic vs. Collectivist Cultures Read It!