Professional legal document translation of foreign wills plays an important role in probate and estate planning cases.  While it is not uncommon for someone to have a foreign will from another state or country that needs to be applied to a given case, not having a professional translation of the foreign will can result in significant consequences to the non-English-speaking testator and his or her family. Due to the possibility of mis-translations or multiple interpretations, some states have enacted laws related to the admission of foreign wills in foreign language.

Additionally, Florida statute § 733.204 states that a personal representative who complies in good faith with the directions related to the English translation of the will cannot be found liable for complying with a translation. This holds true even if the person did not actually do what was intended under the will as long as there is a good faith argument.

Legal Translation of Last Will and Testament

Due to the possibility of a will not being translated correctly, it is important to use a professional legal document translation service to avoid unintended consequences. Other states follow a similar process. However, some states may use other ways to translate such foreign wills. In the case of Lindsay v. Wilson, 103 Md. 252, a holographic will of the decedent was admitted to probate. The court noted that it was required to provide a translation of the will into English. However, the court took a variety of evidence to determine the translation of the will, including witness testimony, express provisions in the foreign language and references by a foreign jurist. The court carefully scrutinized the use of certain terms in the will, including terms related to the mobile nature of property. The court translated a term similar to legatee to include devisee. New York and Connecticut have a similar approach in their laws related to the use of translations of foreign wills.

The approach in other states is different from that of Florida. For example, Michigan’s rule holds that the probate court cannot translate it. In the case of Besancon v. Brownson, 39 Mich. 388, the appellate court reviewed the acts of the circuit court in which it admitted to probate a will in Louisiana while revoking the probate of another one in Michigan. The Louisiana will bequeathed the real and personal property owned by the decedent to her sister and brother-in-law. A later, unwitnessed will was on a later date submitted to the probate court in a foreign language, which bequeathed all of the decedent’s property to her husband. This will was admitted to probate by the parish judge in Louisiana. The judge revoked the probate of the first will. The appellate court found that the second will contained words that had different meanings based on witness testimony. The second will also did not expressly revoke the first will. The appellate court found that the proceedings were illegal because the executor or other interested person must bring in a foreign will. The end result was that the English will was upheld and the foreign language will was set aside.

Foreign language wills may have other effects on a person’s estate. When a person owns property in more than one state or country, there may be separate probate proceedings in each jurisdiction and the probate process is considered ancillary to each other. Each probate court must determine if the will that is admitted to probate is in compliance with the state’s rules. In order to ensure the most dependable outcome, it is imperative that someone who has a will in another language take the steps necessary to ensure a true and complete English translation completed by a trusted legal document translation service. 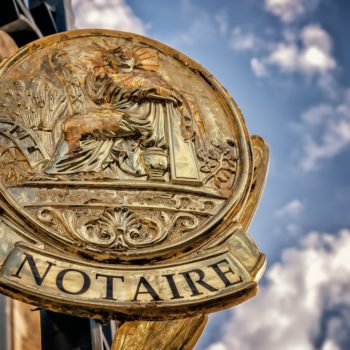 How to Get Apostille Translation Services Read It!