The Sixth Amendment Confrontation Clause of the U.S. Constitution, in its most basic application, gives someone accused of a crime the right to “confront” any witnesses against him or her. This law applies to the federal courts as well as to the state courts through the Fourteenth Amendment.

In U.S. v. Charles, 722 F.3d 1319 (11th Cir. 2013), the defendant, a Haitian national, spoke Haitian-Creole and no English. She was apprehended at the airport in Miami when her travel documents did not match. The first Customs and Border Protection (“CBP”) officer did not speak Haitian-Creole, and referred her to another officer. Yet another officer then questioned Charles using a Department of Homeland Security government contractor who was an over-the-phone translator.

As a result of the investigation, Charles was tried and convicted of knowingly using a fraudulently altered travel document.

Charles appealed her conviction on the grounds that she was not able to confront the interpreter at trial. The government called the three CBP officers at trial with the third officer testifying as to what the interpreter said to him. Because the interpreter herself did not testify, Charles could not cross-examine her as to the actual words used during the conversation that could have led to a misinterpretation of the words used.

While both parties stipulated that the interpreter was fluent in Haitian-Creole and English, there was no evidence presented to the court about her background, education and training.

Given all the evidence presented to the court on appeal, it found that Charles’ Sixth Amendment rights were violated because the CBP officer’s interpretation of the translator’s testimony was not the equivalent of the defendant’s right to cross-examine the interpreter. But, regardless of the court’s decision on the facts of the case, the real question on appeal is whether the defendant’s inability to confront the interpreter at trial was “plain error,” the standard required for an appellate court to overturn the lower court’s decision.

Although the defendant’s position on the confrontation issue was found to be valid by the court, it found no binding precedent to rule that the lower count committed “plain error” in its decision.

This case raises numerous questions about the mechanics and quality of the interpretation used by a party in a case.

First, how can the foreign language translation and interpretation provided by an over-the-phone translator provide evidence of the nuances of the language used by any of the parties involved?

Second, without the opportunity to question the translator at trial, or perhaps before trial in a deposition, how does either party know the relevant subjective information about the translator as noted by the court such as education and training?

With an experienced in-person interpreter in a face-to-face setting, all of these issues can be avoided or at least minimized. The translator can be vetted before any interpretation takes place. The face-to-face interaction provides a better opportunity to interpret nuances that can be especially important in interpreting languages. Even a person’s expressions can be relevant.

In this case, even though the defendant lost on the plain error issue, the facts of the case raise numerous other issues that make the importance of qualified face-to-face in-person interpreters and translators critically clear.

Up Next: Legal Translation Services
and Zodiac Motion
to Exclude Evidence Korean Translation for Trading with South Korea Read It! 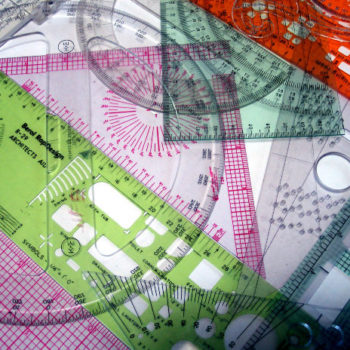