Home > Blog > Apostille Translation Services in the Practice of Law

Apostille translation services consisting of certified translation of public documents are often required in the practice of law. An apostille is a certificate that authenticates the origin of a public document. Documents bearing an apostille are used in court cases when an official document is needed as evidence but the document originates in another country. However, great care must still be taken when using apostilled translations.

In the case of Eitzen Chem. A/S v. Carib Petrol., 2016 U.S. Dist. LEXIS 135846 (2016), the plaintiff submitted exhibits to the court for affirmation. The evidence consisted of two different medical tests. A witness sought to have the documents apostilled in Venezuela and succeeded with this endeavor. The witness supplied the plaintiffs’ legal counsel with these documents. Accompanying the apostille was a Spanish to English translation of the documents. The plaintiffs argued that the exhibits that they provided satisfied the requirements imposed by the Federal Rules of Evidence. The Apostille Convention of 1961 allows certification of a public document in one country that is part of the convention to be used in another country, which is also part of the convention. A document must be considered a public document in the country where it comes from in order to receive an apostilled certification. When an apostille is added to a document, it certifies the authenticity of the signature that appears on the document and not of the content of the document itself. In this case, the court was unclear of the probative value of the evidence being requested to be admitted. There was no expert testimony to interpret the scientific significance of the test results under Venezuelan law. However, the court held that the final certification as required by the Federal Rules of Evidence can be satisfied through the apostille process, especially since the defense did not argue otherwise. Therefore, the court admitted the evidence since it was apostilled and this satisfied the rules of evidence.

As explained in the case above, an apostille does not provide a verification of the authenticity of a particular document. This is a significant difference as can be observed from a reading of the case of Toystorgg v. Grapas (In re Estate of Bennoon), 2014 IL App (1st) 122224 (2014). In this case, the petitioner had filed a motion to amend heirship in an estate action. The trial court had denied this motion and the petitioner asked the appellate court to reverse this decision on several grounds. The decedent in question had died, leaving no known heirs. The order of heirship in the Ukraine was amended to include maternal heirs, but the paternal heirs were still unknown. The petitioner alleged that she was the great niece of the decedent and was a paternal heir and wanted the order to acknowledge this. The great niece had hired an attorney that hired someone to perform a genealogical search. This search included the procurement of certain documents, including the birth certificate of a shared relative, the marriage registration of the shared relative, and birth certificates of other relatives. All of these documents were authenticated with an apostille. Using this information, a Ukrainian court established the petitioner’s lineage as a matter of law.

The case above demonstrates that a document that bears an apostille may not be a smoking gun in a case. Using an Apostille document must be done with care. The underlying facts in the document should be verified through other means. Additionally, any translation of such a document should be accompanied with a certified translation by a certified legal translator translating from English to Spanish, Russian, Korean, Polish, Chinese, Japanese, French, German and other languages.

Up Next: Medical Interpreters Protect from Malpractice Claims 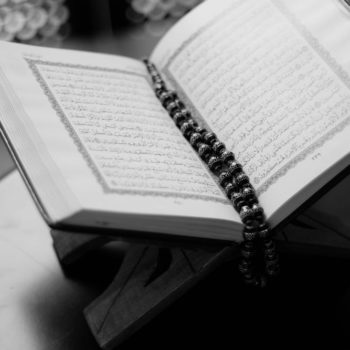 Urdu Translation Issues Do Not Lead to Dismissal Read It!