We’ve blogged about legal translations in the context of Swedish patent law and EU patents. India’s patent law has recently made the news following the decision of its Supreme Court to refuse to grant a patent to pharmaceutical giant Novartis for an updated version of Glivec – its cancer drug.

This precedent-setting decision allows generic drug makers within India to continue to sell cheap versions of the drug – which is of real concern to the pharmaceutical industry that is looking at India’s huge market.

The decision is based on section 3(d) of India’s patent law, which states:

What this means is that inventions which are mere discovery of a new form of a known substance and which do not result in increased efficacy of that substance or the mere discovery of any new property or new use for a known substance or of the mere use of a known process, machine or apparatus unless such process results in a new product or employs at least one new reactant are not patentable. This, in other words, can be interpreted as stating that India does not support inventions which were minor modifications and thus prevented undue monopoly during the extended period of patent protection by the inventor/company.

In practice, section 3(d) means that a company cannot tweak something that already exists and then patent it as a new product. The exception is if the tweak enhances the known efficacy of the product or results in a new product. In the case of Novartis, the Court found the tweak offered only minor improvements on the old patent, which has expired after 20 years.

For companies like Novartis looking to protect their patent integrity in India, this decision severely limits the motivation for innovation in India. In fact, Novartis has threatened to stop supplying pharmaceuticals to the Indian market as a result of this decision. On the other hand, the verdict could push pharmaceutical companies to use India as a marketplace for launching real innovations aimed at creating new products, as opposed to ‘evergreening’ old products with minor improvements for the sole purpose of protecting an expired patent.

In comparison with the US patent law, which faces a multiplying quantity of patents on new uses, combinations and new forms of known medicines that are instrumental in keeping generics out of the market and lowering of patentability standards of novelty, non-obviousness and industrial application, India strictly limits the patenting of known drugs and has rejected quite a few applications related to several antiretroviral, cancer medications.

In addition, one must view this decision through the comparative lens of the Orphan Drug Act (ODA), which was enacted to support a relatively small number of consumers who suffer from a rare disease. Under this act, FDA defines an orphan drug as a drug used for the treatment of a rare diseased condition affecting fewer than 200,000 patients in the United States or for which there is no reasonable expectation that the cost of developing the drug for a disease will be recovered from sales in the United States.

Up Next: Legal Document Translation,
and the Use of the Foreign Compulsion
Defense in Antitrust Cases

Hindi Translations for Enforcing a Judgment in India Read It! Legal Document Translation for
International Arbitration in India:
An Overview Read It! 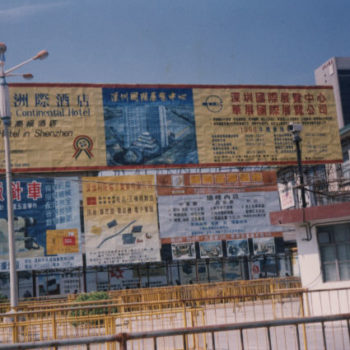