We’ve blogged about the importance of an accurate legal translation of an enforceable cross-border prenuptial contract with a foreign fiancée or a foreign fiancé, or with a foreign bride or a foreign groom. Unlike most jurisdictions, California operates under the unique legal system of community property. Under such a legal system, when two people in California get a divorce, they are subject to the community property laws of the state. This means that all property belongs to the couple and therefore will be divided evenly. However, California does allow a couple to  enter into a premarital agreement – or prenuptial agreement. Although this works fine for California couples, problems arise when a foreign marital contract is involved as most foreign marital contracts specify a regime like joint, separate, or a variation thereof.  The question is whether or not a California court, under California law, can enforce a foreign marital contract.

According to California law, a premarital contract is enforceable so long as:

To read our legal translation blog post “Ohio Appellate Court To Rule on the Interpretation of Islamic Marriage Contract- Mahr”, click here.  And to read “Professional Translation Services for Matrimonial and Divorce Attorneys, and Having a Foreign Granted Divorce Recognized in a U.S. Court”, click here.

Hire our legal translation company to translate foreign language documents from Czech, Thai, Spanish, Russian, Norwegian, French and other languages for the USCIS and for the U.S. immigration in Denver, Colorado, and nationwide.

Up Next: Translating "Made in the USA" and "Made in America" Labels
into Foreign Languages 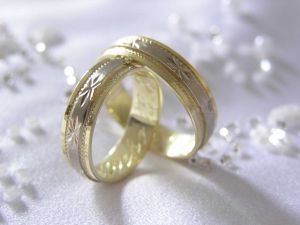 Translations Based on Parol Evidence Rule Read It!